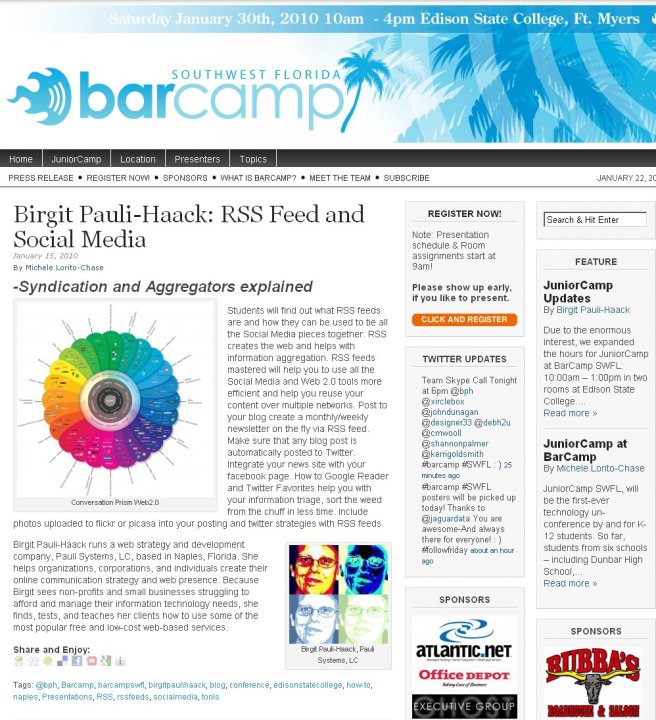 Barcamp SWFL was held in January 2010, and being presenters on RSS Feeds and holding a mini-WordCamp is was almost natural that we would do the web site in WordPress, too. It was very helpful spreading the word around South & Southwestflorida as we posted all new additions to the list of presenters on the site, each on in its own post, so we were able to share and syndicate it over the Internet. Barcamp SWFL & JuniorCamp had total 80+ participants. The energy amongst participants and presenters was inspiring, creative and productive. We will definitely be part of the next Barcamp SWFL.